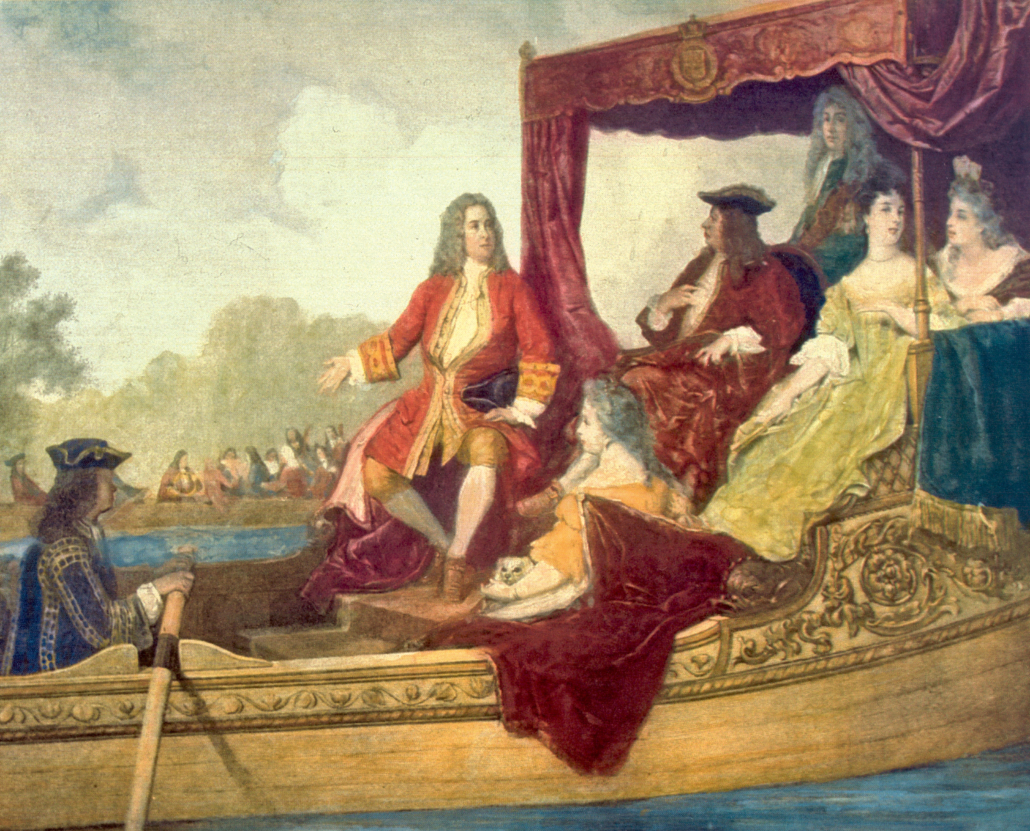 How did one of the greatest German composers of the Baroque era, trained in Hamburg and Italy, become a British subject and the darling of the British crown and the public?

Grand Baroque on 25 August is a celebration of the music of George Frideric Handel, described by musicologist Winton Dean as ‘not only a great composer; he was a dramatic genius of the first order.’

Over in Hanover in what is now northern Germany, the successful composer George Frederic Handel was the Kapellmeister for the German Prince-Elector of Hanover – George Louis.

However, Handel had started to spend more and more time in England at the behest of Queen Anne who had bestowed him with a yearly income of £200.

The Elector was not too pleased with these split loyalties but when in 1714 the George Louis became King  George I of Great Britain his views started to change. Catholics had been prohibited from inheriting the British throne since 1701 and following the death of his second cousin, Queen Anne, George was the nearest Protestant relative – so he got the job – and thus began the start of the Hanoverian dynasty.

And when Handel’s newly composed Water Music was performed in a concert for the King on the River Thames it spurred their reconciliation.

In 1717 Handel became house composer for the Duke of Chandos (until he lost all his money on the South Sea Bubble fiasco). Nevertheless, Handel was now in demand and helped establish the new opera company The Royal Academy of Music and in 1723 moved into a house in Brook Street, Mayfair (pictured). He lived there for the remaining 36 years of his life. Over 200 years later the rock guitarist Jimi Hendrix was to move next door and it is now the Handel & Hendrix Museum!

When the King died in 1727, Handel was commissioned to write four anthems for the Coronation ceremony of King George II who then appointed him a British subject in gratitude for his work. One of these, Zadok the Priest, has been played at every British coronation ceremony since.

After his contract at The Queen’s Theatre ended Handel surprised everyone by immediately looked for another theatre and started a new company at Covent Garden Theatre.

But after 1741 Handel devoted more of his time to Oratorio following the success of his Messiah in Dublin. Now he could compose music in English for the wider British audience who adored this new theatrical musical narrative.

George II victoriously led his united British and Hanoverian troops into battle against the French at the Battle of Dettingen in 1743. As ‘Composer of the Musick to the Chapel Royal Handel composed a Te Deum in celebration of the victory.

And when in In 1749 Handel composed his Music for the Royal Fireworks 12,000 people attended the first performance. And his performance of Messiah to benefit the Foundling Hospital was to become an annual event for the rest of his life. When he was buried in Westminster Abbey in 1759 more than three thousand mourners attended his funeral, which was given full state honours.