The opulence and grandeur of the Baroque is celebrated in this concert featuring two of the coronation anthems Handel wrote for King George II, along with his magnificent Dettingen Te Deum first performed in 1743 in the Chapel Royal of  St James’s Palace, London in the presence of King George II in celebration of the glorious defeat of the French at Dettingen

The Oxford Bach Soloists, conducted by Tom Hammond-Davies, play on period instruments and work with the next generation of young vocalists and instrumentalists.

“Artistic perfection combined with a rarely heard homogeneity – choral sound at its best!” 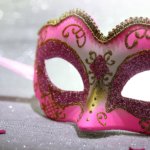