In advance of restarting our concert series later this year, we look back at how artists who performed in the early years of Bath Recitals have gone on to develop successful international musical careers.

Watch Aisa talk about a day in her life as a Steinway Artist:

Aisa appeared with Bath Recitals in 2010 and again in 2011 – then the Bath Recitals Artists’ Trust. Her recital at the Pump Room included music by Schumann Chopin, Beethoven Debussy and Liszt.

Ten years on and Aisa is now an established and award-winning pianist. Her sensational debuts such as at the Carnegie Hall, New York in 2017 is just one of the high profile performances she now gives regularly across the globe including the USA, UK, Korea, China, Europe and working with some of the world’s greatest orchestras and conductors.

Now based in Sweden, Aisa’s diverse repertoire includes recordings and premieres such as commissions by Llywelyn ap Myrddin  featured on BBC Radio 3, and the 2019 world premiere of a new single ‘Until We Meet Again’ by Hollywood film composer Martin Tillman.

She is also now an official Steinway Artist and the Artistic Director of the Tokyo International Piano Association in Japan and Italy’s Montecatini Piano Festival.

Since it was established in 1981, Bath Recitals has staged over 600 concerts and events featuring emerging young professional musicians – many from leading conservatories both from the UK and abroad.

Bath Recitals provides an essential platform in the musical world, enabling the best of our future musicians to rise successfully to the top of their professions. 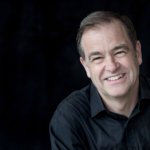 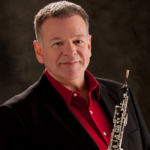 Where are they now? Nicholas Daniel
Scroll to top