With the forthcoming season’s opening concert by the Ruisi Quartet, Nicholas Keyworth explores the background to this wonderful musical genre. 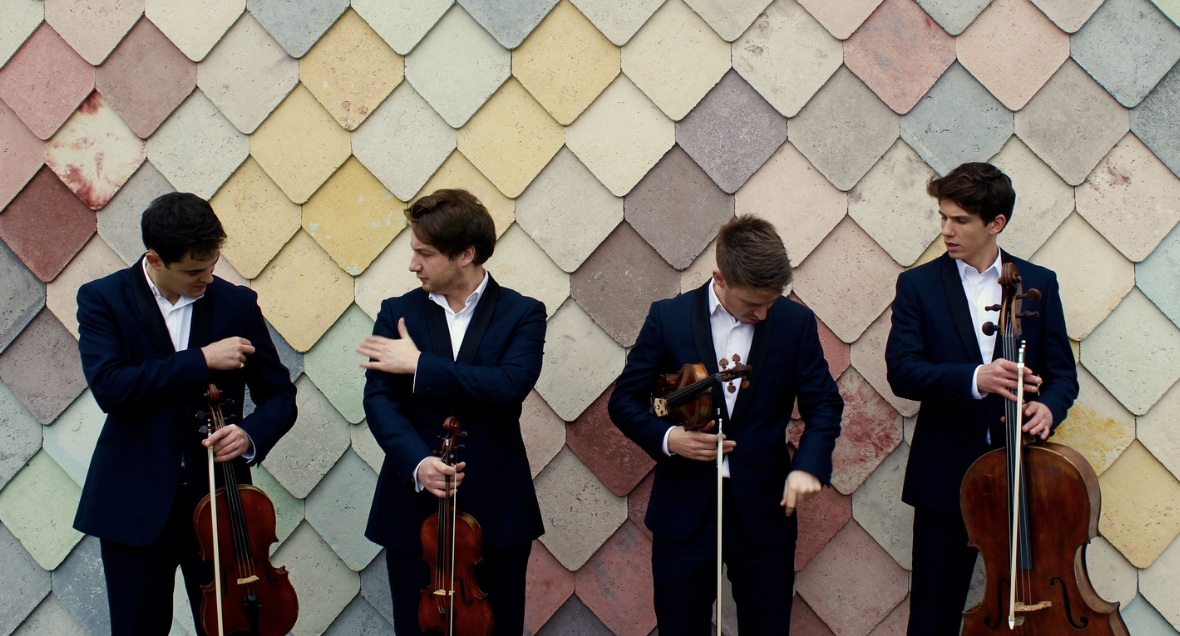 As British conductor, Jeffrey Tate so aptly put it: ‘The most perfect expression of human behaviour is a string quartet.’ With its musical and spiritual equality between the four string players – two violin players, a viola player and a cellist – the string quartet became the most prominent chamber ensemble from the mid 18th century onwards and possibly the most perfectly satisfying musical form both for performers and audiences alike.

The origins of the String Quartet are rather murky and connected to a large extent to the emergence of the instruments, violin, viola and cello as we would recognise them today. Baroque music relied on the security of the bass line – the ‘continuo’ of harpsichord and cello, above which the higher solo instruments would play the main melodic lines. 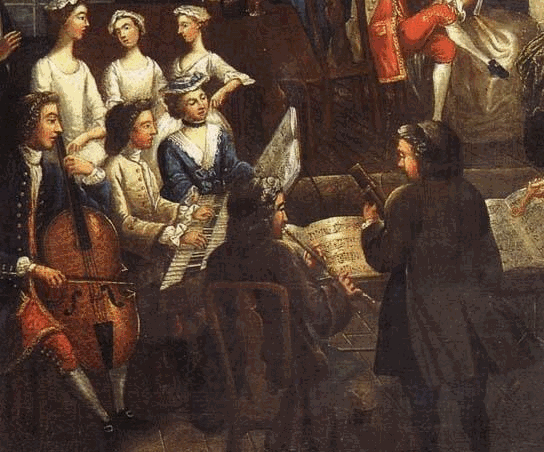 There are some example for what might be termed a ‘prototype’ string quartet such as with Scarlatti’s “Sonata à Quattro per due Violini, Violetta [viola], e Violoncello senza Cembalo” (Sonata for four instruments: two violins, viola, and cello without harpsichord).

But it was down to a purely chance circumstance involving none other than the teenage Joseph Haydn in the middle of the 18th century which was to create the first ‘real’ string quartets. Haydn’s early biographer, Griesinger takes up the story:

‘The following purely chance circumstance had led him to try his luck at the composition of quartets. A Baron Fürnberg had a place in Weinzierl, several stages from Vienna, and he invited from time to time his pastor, his manager, Haydn, and Albrechtsberger in order to have a little music. Fürnberg requested Haydn to compose something that could be performed by these four amateurs. Haydn, then eighteen years old, took up this proposal, and so originated his first quartet which, immediately it appeared, received such general approval that Haydn took courage to work further in this form.’ 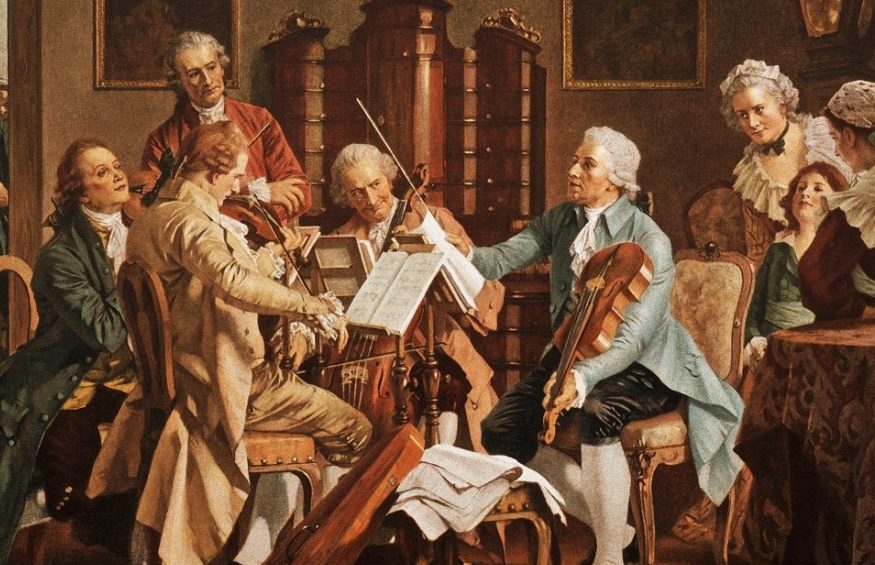 Haydn was to go on to write 68 quarters during his lifetime and firmly establish the genre as we know it. The teenage Mozart quickly saw the opportunities presented by this new genre and was to write a further 23 string quartets. However, as the great musicologist Donald Tovey put it:

”as the development of Haydn’s quartets reaches its goal, …further progress is not progress in any historical sense, but simply the difference between one masterpiece and the next.”

Nevertheless, string quartet composition flourished from this moment forward and continues right up to the present day with significant contributions from many of the major composers including Beethoven, Schubert, Dvořák, Bartók, Shostakovich and Peter Maxwell Davies. 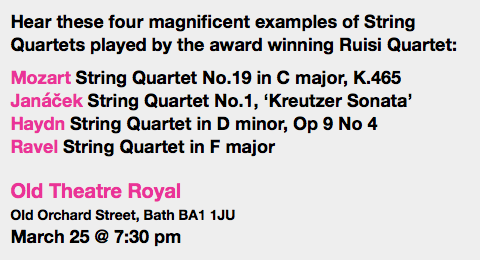 With kind support from the Richard Carne Trust