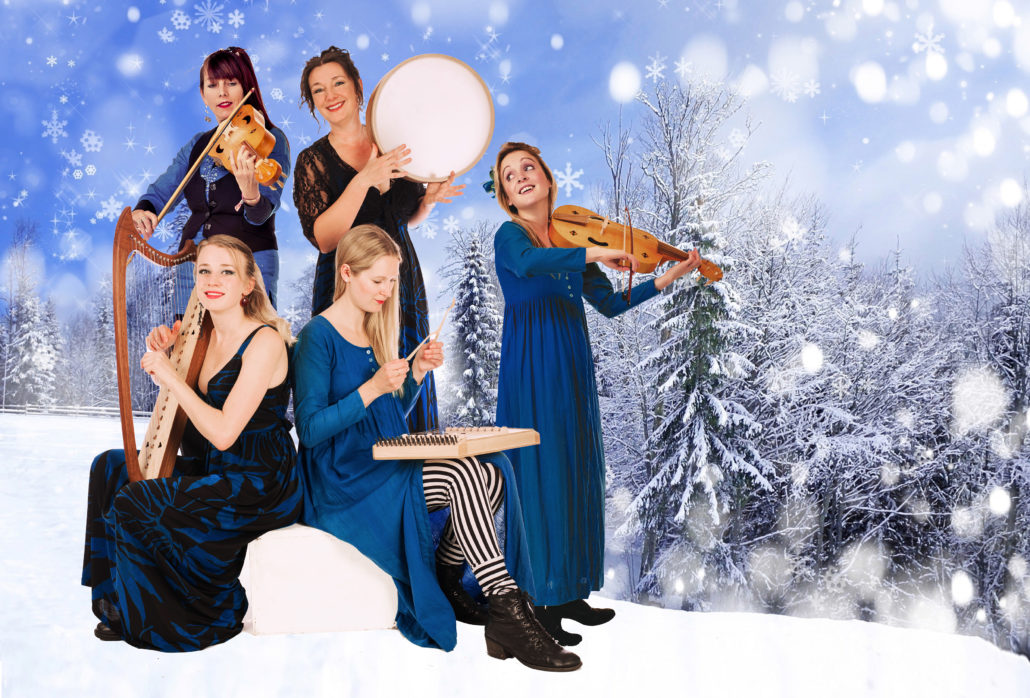 This Sunday the five female vocalists and instrumentalists of Joglaresa will be appearing in the glorious Pump Room for a rather special seasonal festive offering.

‘Joglaresa are at the forefront…’
The Times

Joglaresa will be performing Christmas lullabies, nowells, medieval chants and wassails all accompanied by fidel, harp, dulcimer and percussion. Returning by popular demand for a Yuletide feast with a difference as Belinda Sykes brings her immensely successful  national tour of Caroles of Nunnes and Roses to Bath.

This show is named after one of the medieval caroles they will be performing called Nuns Sing of a Rose – a ballad of illicit love and villainous seducers!

But it’s not medieval – Joglaresa use their combined experiences and upbringings drenched in traditional Celtic, English, Maghrebi, Balkan and Middle Eastern music to connect ancient and traditional music and communicate it in a fun, authentic and interesting way.