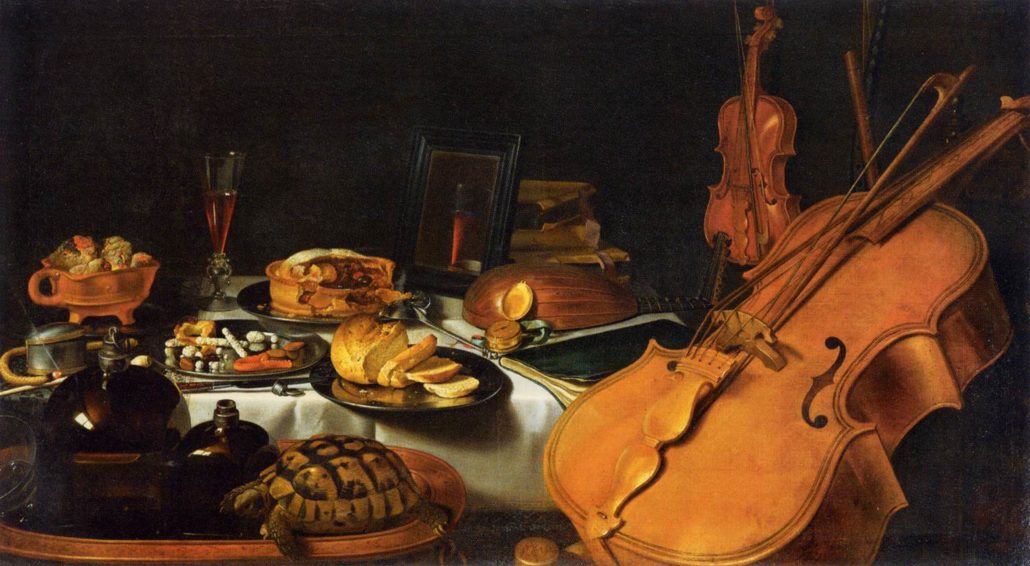 The line up for Musica Poetica’s Baroque Tales on 26 August will consist of a soprano and bass singer accompanied by a trio of violin, viola da gamba and keyboards. We take a closer look at these instruments from the early baroque…

Although the wooden shape of the instrument might look the same, the baroque violin is quite different in many ways from our modern day violin. The size and broad design of the violin didn’t really become consistent until around 1660. From then on there was a gradual evolution to produce an instrument which kept up with the changing demands of the day. This resulted in a louder instrument which could project more easily, sustain even legato phrases and perform better in the higher registers.

So the violin of today has a different size and angle of the neck, a longer fingerboard, higher bridge, strengthening inside, metal strings, a chin rest and a shoulder rest. The bow too is shaped differently. Look out for these differences in the baroque violin played by Music Poetica’s Naomi Burrell. 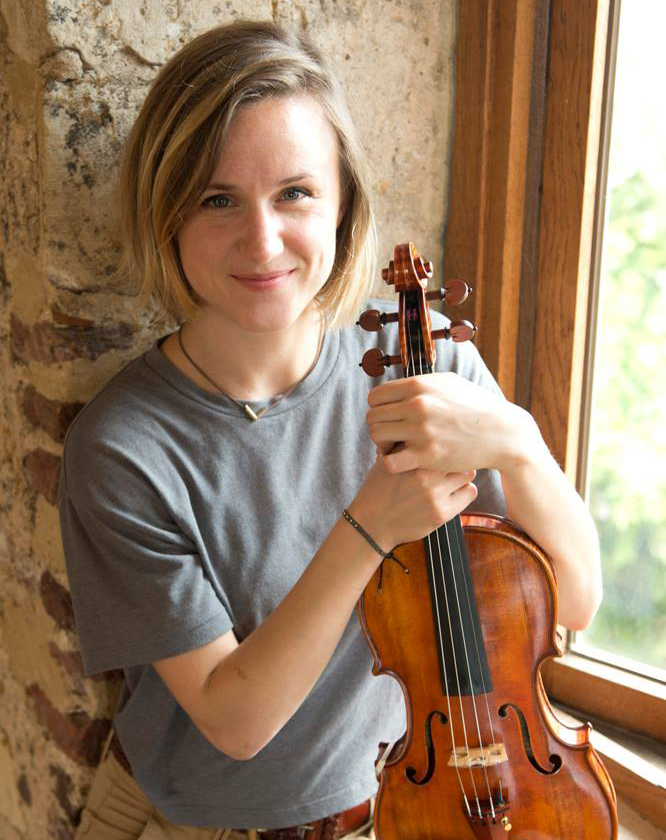 The viola da gamba may be less familiar to us today but families of different sizes of viols were some of the most popular instruments of the Renaissance and Baroque periods. Its ancestors include Arabic and medieval instruments and whilst it may superficially resemble a cello it has several differences in shape and sound.

One of the most noticable things to notice when gambist Musica Poetica’s Kate Conway is playing is that it has frets – rather like a guitar. It is also held between the knees – rather than resting on a spike as with a modern cello. 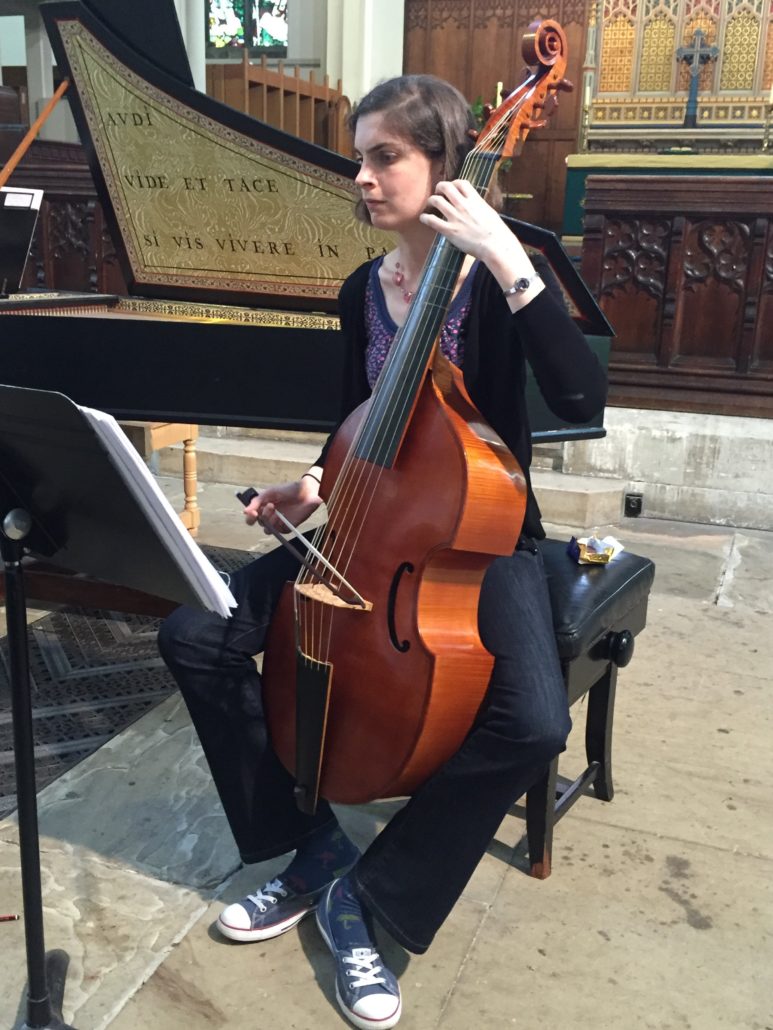 Co-Founder and Director of Music Poetica, Oliver John Ruthven will be playing two keyboard instruments in Baroque Tales. One is the chamber organ. Unlike itâ€™s grander cousins found in churches and cathedrals, this one often has just one keyboard and is usually portable. So it is ideal for more intimate surrounding or accompanying a small group of string instruments. The advantage it has over the harpsichord is that it can produce a sustained tone. 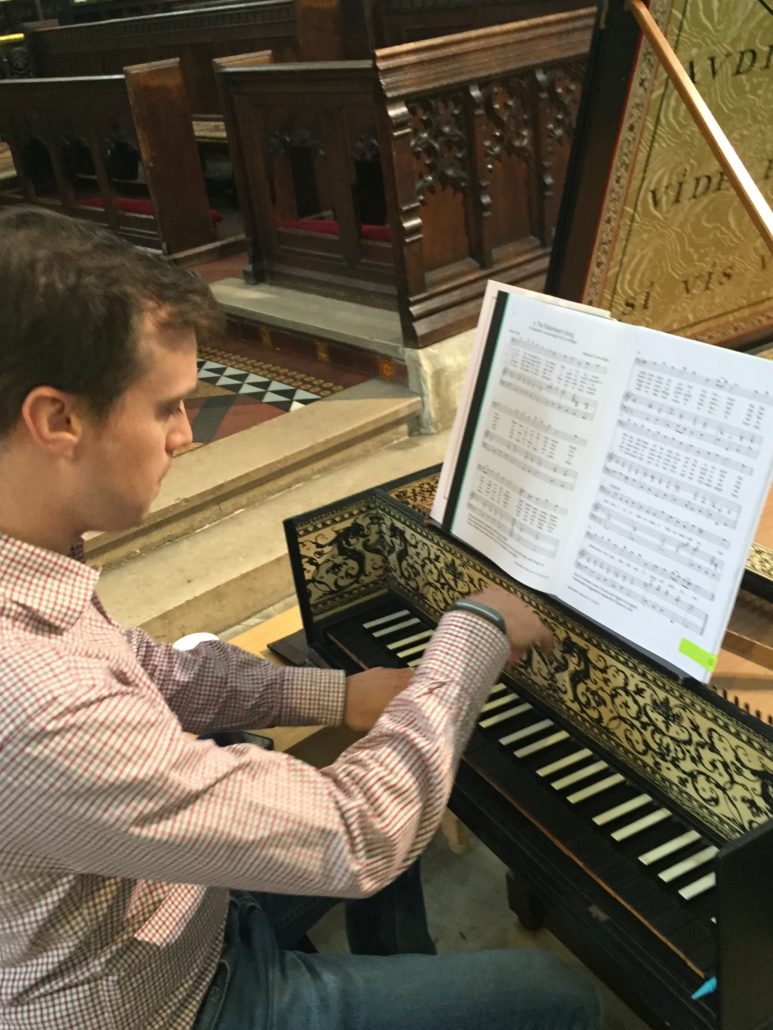 The other is the harpsichord which was the mainstays of baroque keyboard music. When the keys of the harpsichord are pressed it triggers a mechanism which plucks the strings with a small quill.

With the rise of the piano which had a much greater dynamic range from the late 18th century, the harpsichord gradually disappeared from the musical scene.

Musica Poetica will give a truly authentic sense of the period with these instruments presenting a fascinating insight into the sound world of the Baroque age.

An invitation to our summer party in Bath
Scroll to top