Music Around The World

Flautist Bronte Hudnott and classical guitarist Andrey Lebedev take us on an exciting musical journey of discovery around the globe.

Andrey is one of the most successful young guitarists of his generation, while Bronte performs as guest principal flute with the Philharmonia and Halle orchestras. 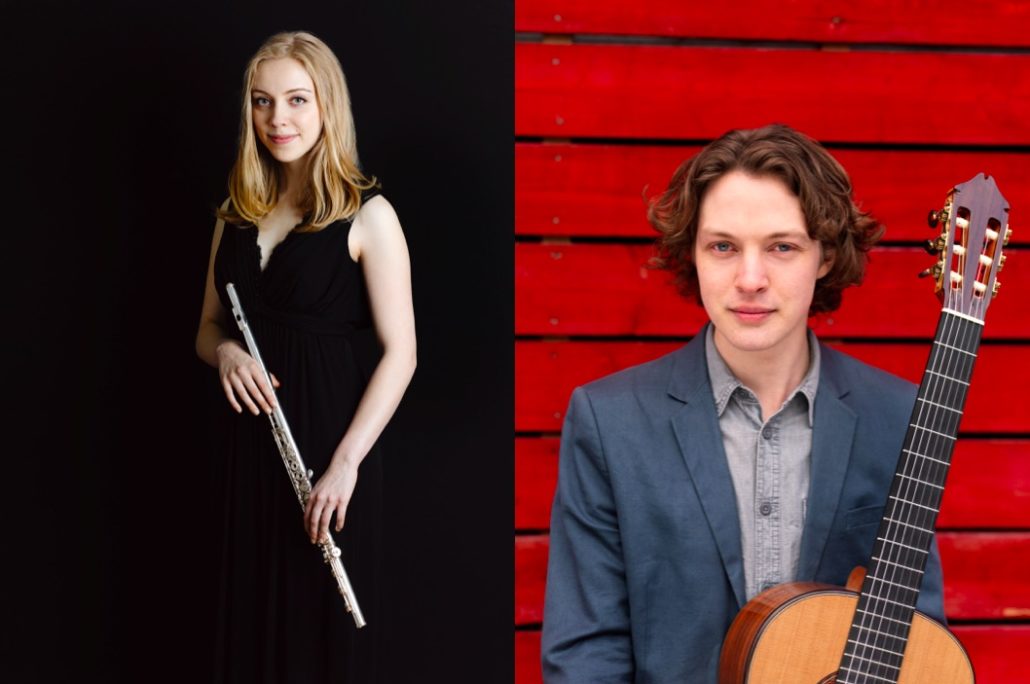 Colourful music by the Brazilian Villa-Lobos contrasts with Japanese composer Takemitsu’s mystical and evocative Towards the Sea. Robert Beaser’s Mountain Songs takes us to his native Appalachians while in Histoire du Tango Piazzolla transports us to the tango and the bordelos of Buenos Aires.

With kind support from the Countess of Munster Musical Trust