The UK’s busiest medieval ensemble is returning to Bath in March for their hit show Boogie Knights.

After a sell out concert at the Pump Room in 2016, Jogleresa’s inimitable energy and enthusiasm will be back in the city for the start of Bath Recital’s 2020 season.

Boogie Knights features Joglaresa’s greatest hits – all delivered with the group’s irrepressible cheeriness, rebellion and, above all, fun!

Medieval song is full of surprises – enjoy them with the harp, fidel, percussion and voices of Joglaresa.

The name of the group comes from Troubadour French and means a female minstrel, but there are male musicians too in Joglaresa’s pool of 10 artists!

Since it was founded in 1992, Joglaresa has performed throughout the UK including performing the opening concert at the Aldeburgh Festival and the closing concert at the York Early Music Festival as well as touring all over the world from Amsterdam to the Yemen.

“magic and menace”
The Times

Founder, music and singer Belinda Sykes is determined to enjoy every performance Joglaresa gives as she has been diagnosed with terminal cancer.

Widely regarded as one of the most striking and original voices in the medieval music world, Belinda has a great sense of humour which is evident in her compositions as well as her live performance.

As the band tours around the UK during 2020, she is keen to share her story and raise awareness and money for the charity Sarcoma UK.

Don’t miss the chance for an evening of great music and laughter when Joglaresa makes a welcome return to Bath. 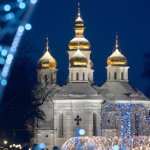 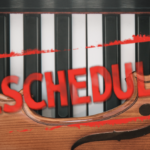