Convivio concert of baroque music on 27 August includes music which was ‘stolen’ from one of Handel’s operas. But why was Handel flattered that his music should be reused?

The Alchemist is a comedy by the English playwright Ben Jonson. First performed in 1610 by The King’s Men, it is generally considered Jonson’s best and most characteristic comedy. Pictured above: David Garrick as Abel Drugger in Jonson’s The Alchemist by Johann Zoffany c. 1770

One hundred years later, The Alchemist was revived for a production at the Queen’s Theatre, London. It opened on 14 January 1710 with new incidental music by George Frederick Handel. Much of the music was taken from the extended overture to Handel’s first Italian opera Rodrigo.

However, it was not Handel who created this incidental music – as it was created by an anonymous composer instead! This music was published a few months after the first performance and it is unlikely that Handel received any payment for either the performance or publication of his music. That said, it is likely that it helped raise the awareness of this Hanoverian composer who had just been introduced to London society.

It was quite common in the baroque period for music by other composers to be ‘borrowed’ in some way. Indeed, many composers were flattered that their music had been noticed and reused in this way – a far cry from todays litigious approach to copyright!

A scene from a recent Los Angeles theatre production of The Alchemist. Apart from the works of Shakespeare, is one of the few Renaissance plays which is still produced regularly on stage today.

Hear Handel’s music from The Alchemist alongside a programme of wonderful Concertos and Sinfonias by Handel’s contemporaries, Vivaldi, Telemann, Hasse and Fasch performed by the dazzling 8-piece Conviovio Ensemble on 27 August.

CONVIVIO
The Alchemist: Music by Handel and his contemporaries 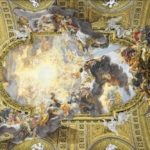 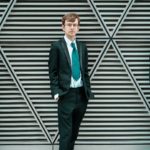