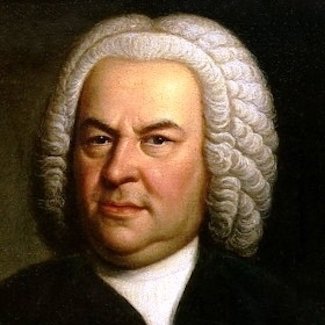 Bath Recitals 2022 opens on 9 April with a dazzling Easter concert with music by the master of the Cantata: JS Bach…

During his long life Bach wrote a huge number of cantatas, of which over 200 have survived. In 1707 when Bach was 22 he took up an appointment as the organist of St. Blasius church in Mühlhausen. He probably composed a cantata as an audition piece. Composing cantatas soon became an expected part of his role for special occasions such as New Years Day, weddings and funerals.

What is a Cantata?

A cantata is a vocal composition with an instrumental accompaniment, typically in several movements, often involving a choir. The name derives from the Italian verb cantare, ‘to sing’.

Bach took up a new job in Weimar in 1708. By 1714 he had became Konzertmeister and the composition of cantatas for the Schlosskirche (court chapel) now became a monthly expectation.

But in 1723 he started a new post as Kantor at the Thomaskirche and Nikolaikirche in Leipzig. Now his job was to compose a new cantata every week, rehearsing with soloists, chorus and orchestra, and performing them, conducting from the keyboard, every Sunday and church holidays.

After Bach’s death the cantatas fell into obscurity and remained forgotten until a society called the Bach-Gesellschaft began to publish the composer’s complete works from 1851. Today these wonderful works are given a new lease of life both within the liturgy and outside of it.

The ambition of the Oxford Bach Soloists is to perform, in sequence, JS Bach’s complete vocal works over 12 years. The aim is to perform Bach’s works as he himself would have realised them with performers, instruments, and venues that echo the university and churches of Bach’s hometown of Leipzig.

Cantata 4:
Christ lag in Todesbanden BWV4
Christ lay in the Bonds of Death 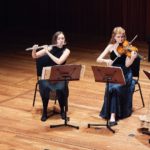 Beautiful Music from the Aglica Trio
Scroll to top