One of the more exciting pieces in the programme by the Linos Piano Trio on 18 June will be a rather exceptional performance of Debussy’s ‘La Mer’. Those of you who know Debussy’s impressionistic masterpiece will be only too aware that this is a piece for huge orchestral forces. So what is this all about? Nicholas Keyworth has been investigating…

British composer Sally Beamish has written much successful chamber, vocal, choral and orchestral music. She has also worked in the field of music theatre, film and television, as well as composing for children and for her local community.

In 2012, Trio Apaches were performing Sally’s The Seafarer at the Lincoln International Chamber Music Festival. They asked her to consider creating an arrangement of Debussy’s La Mer for piano trio, as a companion piece to The Seafarer. 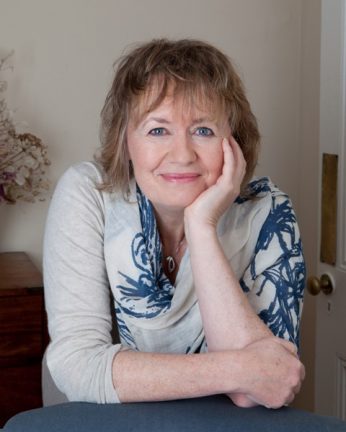 Her initial reaction was an unequivocal NO. Sally had already arranged some early Debussy pieces for cello and orchestra, for Steven Isserlis a few years earlier describing it as:

‘one of the hardest things I’ve ever done – and it took me twice as long as it would have done to write an original concerto!’

However, after a good deal of pursuasion, she agreed despite being a daunting prospect. Watch this fascinating discussion about creating this arrangement with Sally Beamish and Trio Apaches pianist, Ashley Wass:

And it wasn’t a simple case of giving all the tunes to the violin, the base line to the cello and the accompaniment to the piano. Very often, Beamish had to give Debussy’s string lines to the piano, so that the violin and cello could sustain the wind melodies. At other times she used the cello to sustain a bass resonance, and gave a cello solo to the violin.

‘It reminded me of a particularly tricky game of Sudoku – you changed one instrumentation, and another no longer worked.

It turned out to be an illuminating and stimulating journey, and made her think about instrumentation in a new and more creative way.

I’m profoundly glad I said ‘yes’ in the end!’

“a magical rethink that unashamedly shrinks Debussy’s grand evocations down to a more intimate scale, but loses nothing of La Mer’s power and detail” – The Scotsman

“Sally Beamish has produced a colossal, creative masterpiece” – The Herald

Sally Beamish’s arrangement of La Mer was first performed in 2013 and recorded in 2014. You can hear it alongside Schubert’s mighty Piano trio in Eb and  the Sorceror’s Apprentice by Dukas on Sunday 18 June at the glorious Pump Room.